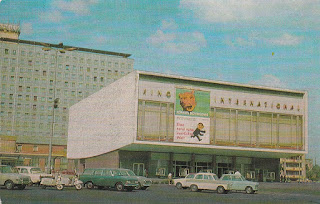 This postcard is a unique piece in my collection of postcards showing the Kino International in Berlin. It was published in the USSR in 1974 and sold for 3 kopeks. Maybe, it was a portfolio of postcards and sold in the shops for the members of the Soviet Army and their families in East Germany (so called magazines). 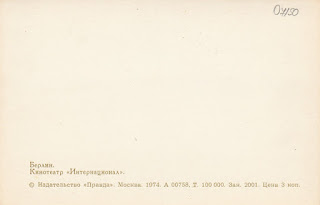 Two films are advertised on the large poster at the cinema:

The first one came to East German cinemas on 4 July 1969, the second one on 2 August 1968. Maybe it was a rerelease of these movies about 1974 (when the postcard was published).